In this Episode of the Life Science Success Podcast I am joined by Mark Collins PhD, Dusty Majumdar PhD and Janik Jaskkolski in a panel discussion about Artificial Intelligence. We cover the current state, eliminating mundane tasks in healthcare, what...

In this Episode of the Life Science Success Podcast I am joined by Mark Collins PhD, Dusty Majumdar PhD and Janik Jaskkolski in a panel discussion about Artificial Intelligence. We cover the current state, eliminating mundane tasks in healthcare, what will happen before we see further adoption of AI and the future state of the field.

Please check out our Life Science Success Resources.  You will find tools that will support growing companies and books for authors I have interviewed.

[00:00:00] Don Davis Phd, MBA: So to first to first kick us off I just have, one, one early on question here that I wanted to ask. So in your view, can you give us the lay of the land with regards to artificial intelligence today, I was looking up some statistics recently and essentially I saw, in 2014 that there were 664 million AI applications at that point in time.

[00:00:30] Now there's 6.7 billion AI applications in 2021. And what I thought was maybe why don't we go first to mark with this question and and ask that you just, give us your perspective in terms of, where do you think we stand today?

[00:00:55] It depends how many of those are [00:01:00] actually in a being applied and being productive and be useful. That's what it comes down to. And I think certainly throughout my career, it's always been a case of there's an awful lot of hype around machine learning and AI in general, how do we translate that into actually something that's useful?

[00:01:21] And I think that's, where we are today. I think since the last, probably three to five years, we're seeing a convergence that really makes the, the possibility of really using AI and it being a benefit, the life sciences, a reality. And that convergence really comes down to really good algorithms, that we know that really pushed the band visit of what machines learning. We have a rise in we are almost unlimited computing power. That [00:02:00] is disposal. When I first started doing machine learning, you had to put a specific process of board inside your PC to even train the network. But that's a long time ago.

[00:02:11] That's like the 1980s. And then we also have an explosion in data generation, right? So we, from high throughput platforms, like next generation sequencing, but also from the digitization of healthcare, we really do have those three things. I think along with that probably comes a fourth aspect, which is governance and ethics.

[00:02:34] And I know we might get into that a bit, a little bit later on but I think also there's a realization that it is going to come. It is going to play at a very important part of that future in healthcare. And therefore we need, if you heard that convergence. Allows us to do things that are really useful.

[00:02:55] We also have to think of how we govern, how we [00:03:00] build these algorithms. So we don't build them with biasing and so on. So I think we're at a really interesting spot. And I think that I think the hype is to certain extent justified. If we can if we can find there a peanut, the right applications or the applications are going to make the most impact.

[00:03:24] Don Davis Phd, MBA: Yeah, absolutely. I, again, to go back to that, the big numbers there, right? I don't know how many of those are chatbots or, or are actually providing any level of quantum computing. But what I thought was maybe we can go next to dusty for a little bit more of your thoughts in terms of, where do we stand today with.

[00:03:48] Dusty Majumdar PhD: Yeah. I've mentioned this to you before, first day who wish it was not called artificial intelligence. Yeah. It's an old term chestnuts indicate that machines are about to take [00:04:00] over. And I prefer the term that mark used augmented intelligence a little while ago with sounds more like augmenting human intelligence or brain power.

[00:04:09] And we're all familiar with the hype that was started around eight or 10 years ago. This is a code, a hype cycle for AI, by the way, walk up was the previous one in the eighties. So it was, and there was one in the fifties. So now you have the, the hype cycle, which really caused a lot of dissolution then in the healthcare life sciences arena Gartner calls this, the trough of disillusionment.

[00:04:37] And we are there right now for the initial hype, but I think we are making progress in coming up with some real application. And look for any technology. There is always a little bit of hype and in this case, driven by the tech companies, the hype was just unprecedented. Now, if you go back to 2003, when Francis Collins and [00:05:00] Craig Venter announced to the world that they have completed the human genome project, right?

[00:05:05] The commons, if you look back at the headlines in the New York times or wall street journal, it talked about solving the mysteries of life. And by 2010, we going to eradicate cancer. It was similar, in 20 12, 20 13, 20 14, when you know, all these companies that jumped into the fray, mostly tech companies, and started talking about eradicating cancer and winning the war on cancer and whatnot.

[00:05:30] And now I think we are out of stage where the hype's getting mitigated. We are coming up with some real applications and. We are still not where we need to be anywhere near where we need to be in clinical care. So if you take apart pollution right of 330 million in the us let's say roughly 10% of them need care on a daily basis.

[00:05:54] So that's around 30 million. And if you ask the question for how many of those 30 [00:06:00] million people is their care guided by AI, the answer is a small minuscule number, maybe 0.001% but AI is taking root more among the translation on the operational processes where it should be. It should solve the easy problems before it starts tackling cancer.

[00:06:20] And it's still really low in clinical care, but that's what the net, this decade that we are in is going to see the transformation.

[00:06:28] Don Davis Phd, MBA: Yeah, I think, I think back to a lot of those statements that you made dusty, and I think we oftentimes seem to underestimate just the overall challenge that's ahead of us.

[00:06:39] It's just amazing to me that, whenever we see the technology, we get anxious about, what it might be able to do, but at the same time we, especially in healthcare, there's a, there are a lot of different challenges that you have to overcome many of which we'll touch on today, I think in the overall discussion.[00:07:00]

[00:07:06] Janik Jaskolski: I think these, the argument that this loss hype wave is over is spot on. I think we're now we're increasingly looking at a more pragmatic landscape of industrial scale use cases that at work quite well that have spawned a large number of.

[00:07:51] What can you build upon and how can we then improve? And I think one of the things that, that we have identified as a problem and that [00:08:00] needs to be improved is that the, that AI is good at solving very narrow problems that have been trained on high volumes of data that are often are almost artificial problems.

[00:08:14] And the algorithms that solve these these problems don't know what they're solving or why they're solving it. So they're largely blind to the contexts, which. Which prohibits the systems to become useful in a lot of day-to-day situations, where is the reality just is profoundly complex, profoundly more complex than we're currently covered with with training data or with modeling algorithms and modeling the decision space itself.

[00:09:15] Dusty Majumdar PhD: If I jump in for just a second and then read rate what Janek just said that clinical burnout is a huge issue today amongst. Yeah, I can read reviews the clinical burnout about physicians and that's where the focus really should be at this early stage in a, not unraveling the mysteries of complex diseases right away, and we're working towards it.

[00:09:42] But if you can reduce the keyboard time, proclamations use machines to detect errors, harness data, to improve outcomes and clinical decision support and give clinicians and patients back the gift of time attribute the initial goal and Eric Topol and others [00:10:00] have talked about this and that. I just wanted to reiterate what Yannick said.

[00:10:06] Janik Jaskolski: That's perfect. Even mundane things like documentation and making sure that document the next few steps in the line aren't human tasks anymore because they don't, if we're honest, they don't have to be. And that we can probably design systems that do a lot of that. Allow physicians to invest the time into the relationship with patients or just give them time back to begin with.

[00:10:28] Mark Collins PhD: Yeah, not on the little comment, I think again, to the point about, what can we do to augment, clinicians to, to the point that Janek and dusty may I think is really where we'll see the, really the most. Sort of bang for and machine learning buck, as it were, is really, in, in the business that I work in now I can [00:11:00] metrics, we're using machine learning and AI to really augment the radiologist, to read MRI scans more accurately or quantifiably more quickly not to take decision-making away from finishing, but to augment them and make them scalable and make them be able to spend more time with patient because they're not, pouring over an MRI scan, looking for a lesion, or Canty lesions by hat.

[00:11:31] So I think that's where we'll see the most opportunity. And I think the most adoption, because we're not is then AI, isn't seen as threatening, it's seen as just another tool. But I can use to, because as humans, we're great at making tools and using it, right? So this is just another tool to help me in my daily work like a stethoscope is, or, we're always augmenting clinicians [00:12:00] with, robot surgery to, and apple scopic surgery and so on.

[00:12:06] They're all tools that I think helped them either the better patient care. We said what we should be focused 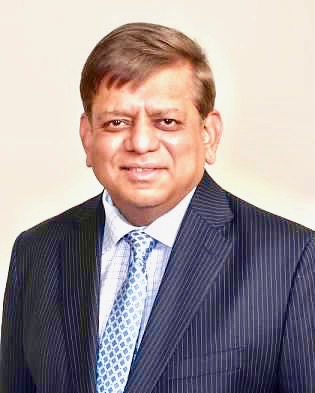 Provides inspirational leadership to marketing teams in a hands-on/executional manner to create solid business outcomes through positioning and launching of disruptive, market-leading products. Provides thought leadership, innovative stewardship and governance in all areas of digital marketing keeping customer experience at the heart of all initiatives.

Recognized for market excellence and thought leadership throughout his career with key awards and invitations to keynote forums, the most recent ones being The Economist War on Cancer, MIT Plenary Lecture on AI in Healthcare (Sloan Business School), Heroes of Healthcare Award at VNA (covered by Boston Globe) and KPMG session on AI in Healthcare.

Email has been submitted.